I have broad scientific interests, and my research is largely driven by biological questions that can be answered using mathematical and computational techniques, and by interesting mathematical questions that arise from scientific applications. My approach to studying these systems includes using analytical and computational methods of studying higher dimensional nonlinear dynamical systems, and systems with multiple time scales.

My research spans multiple biological systems: infectious diseases in wildlife; the interaction between pathogens and their host's immune system; small food webs that bring together classical predator-prey relationships with host-parasite relationships; and larger aquatic food webs and their physical environment. 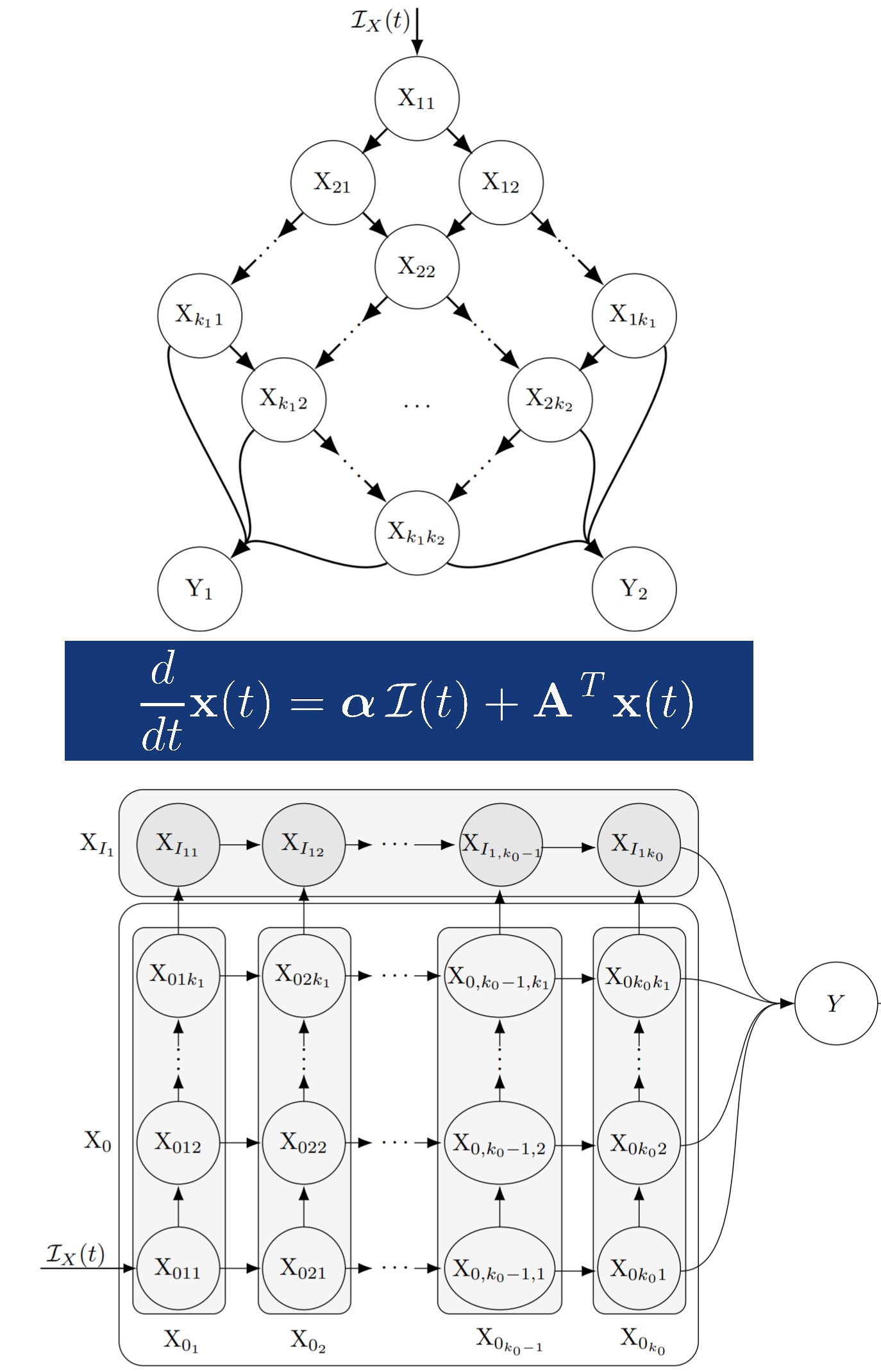 ODE models are widely used in applied mathematics and throughout the natural sciences. These are often mean field state transition models that can be fully or partly derived by considering the large population limit of an individual-based stochastic model in which individuals go through a series of state transitions. In this research, we show how ODE model equations reflect those underlying stochastic model assumptions when they are framed properly within the context of Markov chains and related stochastic processes. This work has revealed a bridge connecting ODE models and Markov chain theory (and related theory from stochastic processes) that is both beautiful mathematically, and also very useful in that it enables modelers to 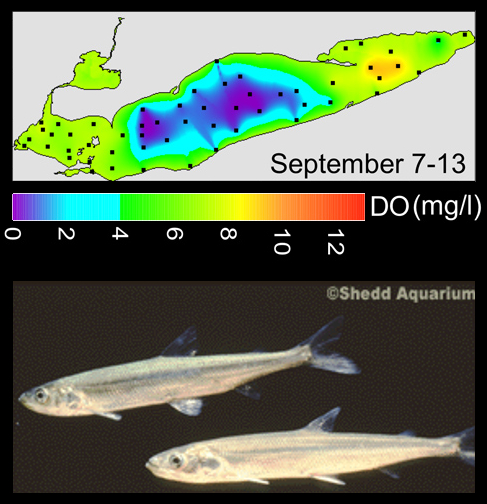 As a postdoc in Stuart Ludsin's lab, we combined data-driven dynamic models of fish movement and models of disease transmission to predict how seasonal abiotic enviromental changes influence disease dynamics in fish. Hypoxia is a growing water-quality problem worldwide, and is often the result of warm surface temperatures and eutrophication caused by high nutrient runoff. Hypoxia can reduce fish growth rate, foraging success, and availability of predation refugia. Combined with a strong verticle temperature gradient, hypoxia can also force fish to aggregate into a 1-2 meter band in the water column, effectively increasing fish density. For this project, we are specifically interested in teasing apart how seasonal hypoxia- and temperature-driven lake stratification might act through the mechanisms of host aggregation and through stress-mediated physiological changes affecting host susceptibility and infectiousness. 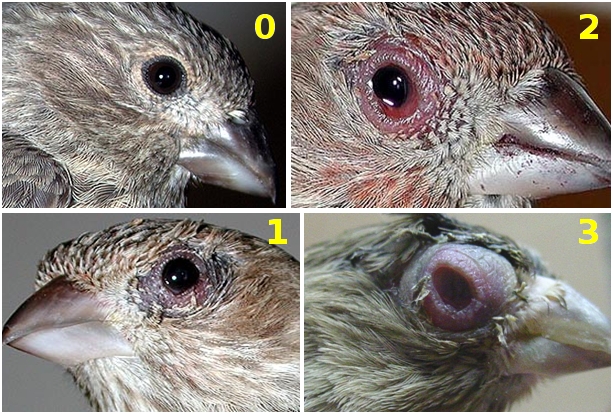 The host-pathogen interaction drives infectious diseases dynamics at the individual, population and community levels. This work was motivated by the ongoing study of Mycoplasma gallisepticum infections in the house finch and other passerine birds. The goal of this work is to understand how different aspects of the host immune system contribute to the observed variation in disease progression within and between host species and between pathogen strains, and to identify host and parasite characteristics that may be under selection. Results suggest an important role for the interaction between mycoplasmas and the host's non-specific (innate) immune components, and provides a foundation for future study of this and other mycoplasma diseases.


Disease & The Evolution of Migratory Behavior

The house finch (Carpodacus mexicanus) was introduced in eastern North America in the 1940s, and has since evolved migratory behavior as it spread throughout the eastern U.S. Winter epidemics of conjunctivitis caused by Mycoplasma gallisepticum (MG) increase winter mortality rates, which may affect the evolution of migratory behavior. Modeling this process, my results suggest that empirical evidence of such a change in migratory structure should be most noticeable in northerly inland populations that showed significant declines following the initial outbreak of MG in the east.